The Bronwyn Kay Agency Sporting Excellence Awards is a prestigious event that offers our region the opportunity to acknowledge and pay tribute to the many fine sporting achievements by the Tairawhiti sporting community over the last 12 months.

The 2019 Sporting Excellence Awards will be held on Friday the 8th of November. Finalists will be announced in October. Ticket sales for this event is now closed.

The Sports Awards this year will take place again at the Showgrounds Event Centre. With live entertainment, a full buffet dinner bar, the awards offer an excellent experience for attendees and sponsors alike.

Guests will be treated to:

Our code awards are a platform for individual sports to recognise the key figures that make their sporting code great.

We will work with the sport to nominate a recipient from one of three categories who will receive a free ticket and recognition on the evening:
Backbone of the club
Awarded to a long-serving volunteer within the club/sport
Supercoach
Awarded to grassroots coaches who go above and beyond for athletes of any level
Emerging Athlete
Awarded to an athlete showing determination and promise

These awards are for all categories important to the world of sport, including coaches and volunteers, players and teams. These nominations can be submitted independently and the winners of the codes will also be automatically put forward in their appropriate field.

Official of the Year
Open to any Administrator, Referee or Umpire who has made a significant contribution to a sport.

Services to Sport
Open to both men and women, in recognition of their long service (must have a minimum of 20 years service) and dedication to a club, organisation or sport. Achievements from outside of the qualifying period can be included in this category. Note: Only one nomination per sport. Those who have previously received this award will not be eligible.

Junior Sports Woman of the Year
Open to any female under the age of 19, who has excelled as an individual or as part of a team in one or more sports.

Junior Sports Man of the Year
Open to any male under the age of 19, who has excelled as an individual or as part of a team in one or more sports.

Club of the Year
Open to a sport organisation / sports club who has had an outstanding performance on models of best practice. There are four components:

Include comparative data from the past three years of membership, coach and official numbers, along with strategic planning and outcomes.

Coach of the Year
Open to any Coaches that have made a significant contribution to a sport at either or both grass roots and HP level.

Sports Team of the Year
Open to sports teams, who, through collective effort, have had outstanding performance(s) recognised by an award.

International Sports Person of the Year
Recognising the athletes that have performed internationally at the highest level. This award is aimed at those who frequently have to compete internationally to excel in their sport, and to acknowledge their local roots.

Sports Woman of the Year
Open to any female who has excelled as an individual or as part of a team in one or more sports – see point 7 in conditions for clarification of eligibility.

Sportsman of the Year
Open to any male who has excelled as an individual or as part of a team in one or more sports – see point 7 in conditions for clarification of eligibility.

Masters Sports Person of the Year
Open to any male or female over 30 years of age, who has excelled as an individual or as part of a team in one or more sports – see point 8 in conditions for clarification of eligibility.

Sports Person of the Year
This award will be selected from the winner of the Junior, Open, Master Sportsman and Sportswoman, as well as the disabled sportsperson categories.

Tairawhiti Legend of Sport
‘Tairawhiti Legends of Sport’ recognize and acknowledge outstanding achievements and performances by an athlete, coach or administrator at an international and national level. To define this level of success, inductees will have demonstrated a proven ability at the highest level over a considerable period of time.

Volunteer of the Year
Nominated through a social media campaign, the ‘Volunteer of The Year’ celebrates the dedication of grassroots sport volunteers. If you would like to nominate a volunteer, check in with our Facebook page in early October.

Qualifying period:
1 July 2018 to 30 June 2019
Electronic copies of this nomination form can be downloaded from www.sportgisborne.org.nz

Candidates under consideration for awards must meet the nomination criteria under (a) and (b), (c), or (d):

Achievements from outside of the qualifying period can be included in this category. Those who have previously received this award will not be eligible. Must have a minimum of 20 years’ service to an organisation/sport. Only one nomination per sport. Compliance with the Privacy Act By returning these forms and any additional information you are consenting to Sport Gisborne Tairawhiti using these details for the purpose of administering the Sporting Excellence Awards, and acknowledge your right to access and correct the information in accordance with the Privacy Act 1993.

The judges shall have discretionary rights to consider a nomination that may fall outside the criteria but is perceived to be a performance(s) deserving of recognition.

As part of the programme, aspiring athletes receive a $1,000 scholarship and lots of exclusive mentoring and development opportunities to improve their skills.

Since the TRL programme began in 2007, our Tairawhiti Rising Legends have been high achievers in the sporting world, producing New Zealand Champions, World Champions and, in 2012, our first Olympian.

The Rising Legends inductees will be our support crew on the night at the Awards. 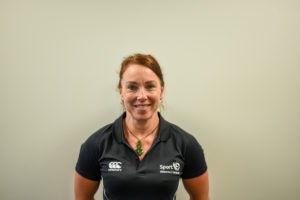