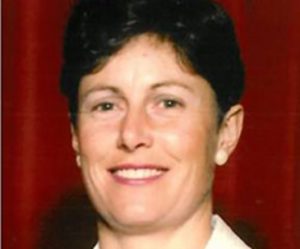 Leigh was born in Gisborne in July 1956. Educated at Mangapapa Primary School, Illminster Intermediate and Lytton High School, she then went to Otago University to study Physical Education, followed by a year at the Christchurch College Of Education.

Leigh has also coached netball extensively. She was contracted to coach Canterbury for three different seasons since 1988, the New Zealand Under 21 team in 1991 and 1992 (they won the World Championship in 1992), and the Silver Ferns from 1993 to 1997.

In the Northern Hemisphere’s 1999-2000, season Leigh was the National Performance Director of Welsh Netball.

Leigh has been a player, coach, umpire and administrator of netball at club, regional and national levels. She has had involvement from the grass roots through to an international level. She is among New Zealand’s most influential netball figures, on and off the court. Netball runs through her veins. She is passionate about the sport and has great vision for its future.

In 2002 Leigh is Talent Development Coordinator for Netball New Zealand, and the Silver Ferns’ Technical Advisor.

Leigh was made an Officer of the Order of New Zealand.

With husband Steve and two sons, she lives at Wainui Beach, Gisborne.