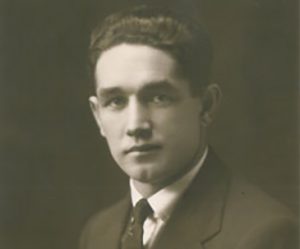 Jimmy Mill, of Ngati Porou descent, was born at Tokomaru Bay in November 1899 and spent his secondary schooling at Napier Boys’ High School and Nelson College. He returned to farm on the East Coast (then a sub-union of Poverty Bay) played for Tokomaru Bay Wanderers club and, in 1921, made his firstclass rugby debut, for Poverty Bay. Before that he had also showed his all-round sporting prowess as a member of the Poverty Bay cricket team which won the Hawke Cup in the 1918-19 season.

1921 was the year that the South African rugby team made their initial tour of New Zealand and, ironically in the light that his Maori ethnicity denied him selection for the 1928 return tour, Jimmy played twice against those first Springboks, for a combined Hawke’s Bay – Poverty Bay team and for New Zealand Maoris. In 1922 and ’23 he toured with the Maori sides. He was first selected for the All Blacks in 1923, the same year that he made the first of his 32 appearances for the all powerful Hawke’s Bay Ranfurly Shield teams of the 1920’s.

He was a member of the All Black team that visited Australia before being selected for the 1924-25 tour of Great Britain, France and Canada. His final tour was to Australia where he played in 6 matches in 1926. Ineligibility for the 1928 South African tour saw him representing East Coast and then Wairarapa until he made his final All Black appearance against the 1930 British Lions.

His East Coast and All Black team-mate, the legendary George Nepia, described Jimmy Mill as “a quiet, retiring and delightful” man off the field but on it, standing 5’7” and weighing 10st 12lb, he was a very clever and resourceful half-back, the possessor of a lightening fast break on the blind-side of the scrum which led to some spectacular tries. In all, he scored 15 tries in his total of 33 matches for New Zealand.

The All Blacks were unbeaten in the 38 games played on the other side of the world in 1924- 25 and became known, in New Zealand rugby history, as “The Invincibles.” To this day, they remain the only team to win every match on a major long tour. Jimmy Mill was at his brilliant best on that tour, playing in 22 of the games, scoring 10 tries, and returning as the No.1 half-back, playing in all tests after the first international against Ireland. Commentators of the day counted him amongst the best of the side’s backs, alongside the incomparable fullback, George Nepia and the famous midfield pairing of Mark Nicholls and Bert Cooke.

Norman McKenzie, perhaps New Zealand’s towering rugby administrator, selector and personality of the period 1920 – 1960, gave Jimmy Mill the highest of accolades when he wrote: “In my opinion he was one of the greatest attacking half-backs that New Zealand has had.”

Sources: The NZ Rugby Museum profile | The Encyclopedia of NZ Rugby | “I George Nepia”, TP McLean | “On With the Game,” The Reminiscences of Norman McKenzie