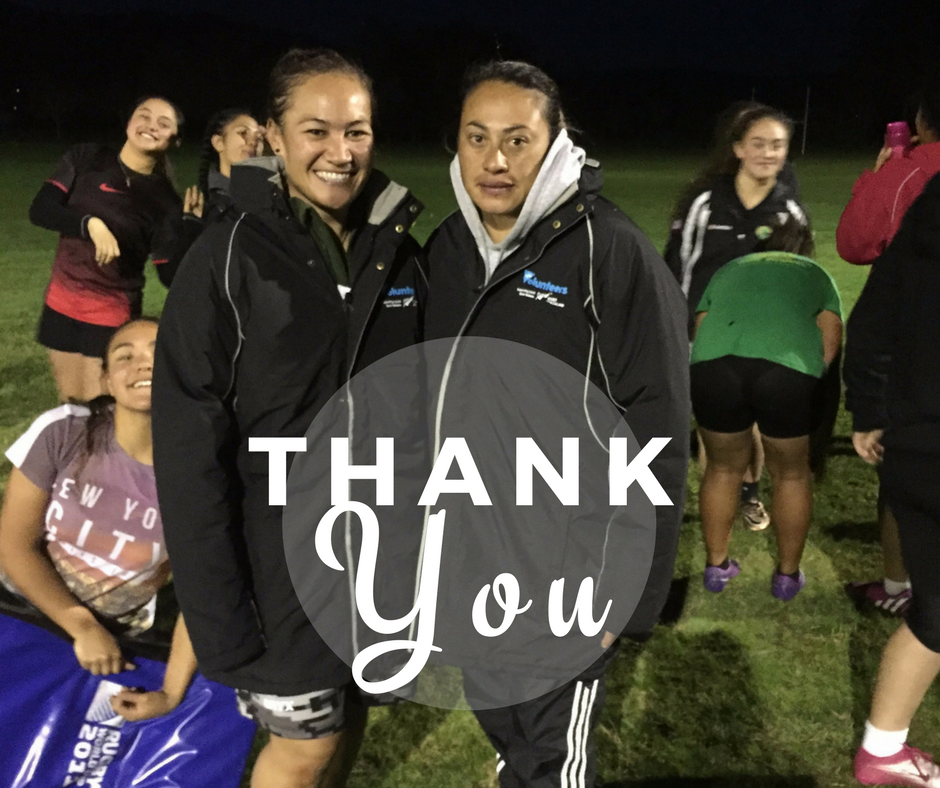 To celebrate National Volunteer Week, we’re giving a little love to all of the amazing sport volunteers who make sport happen in our region. No matter how big or small of a role you play in volunteering your time, it all counts to teams and individuals having the opportunity to play a sport.

We’ve profiled five incredible volunteers without whom our sport system would be at a great loss. 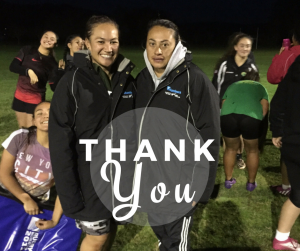 Amoe Tarsau and Trish Hina have volunteered for Women’s Rugby for 6+ years in roles of coaching, administration, fundraising and washing uniforms. These ladies go the extra mile by picking up and dropping off their development team in the morning and afternoon, for gym workouts and speed training. Both are instrumental in organising amazing rugby opportunities for the girls.

The passion and drive they exhibit for their sport is inspiring, and can be seen rubbing off on our young ladies, in their developing their rugby talents. 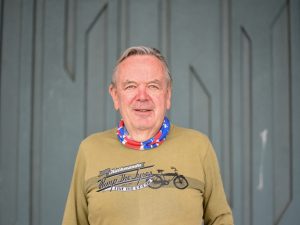 John Scott has volunteered in triathlon for 35 odd years, in a number of roles including club chair, manager and most prominently, coach. John dedicates countless hours and energy to the growth of triathlon in Tairawhiti, and the growth of the athletes that drive it.

When we asked his most treasured memory from his time as a volunteer, he was quick to recall the performance of the ‘gizzy kids’ at the 2014 National Triathlon Champs in Gisborne. He said, “the kids approached the event with great spirit and motivation, and turned heads with their strong performances.”

John’s incredibly passionate about helping kids to develop as athletes and people in his coaching. He commented, “there’s so much athletic potential in Tairawhiti, and the opportunity to help these athletes reach their dreams is what motivates me as a coach.” 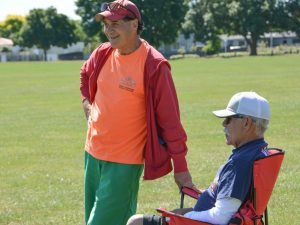 Walton Walker has been volunteering in Softball for an impressive span of 50 years, and in Waka Ama over a decade. His volunteering has been fuelled by his passion for the sports. As a softball player, Walton was a consistent pitcher who even today, rattles some of Gisborne’s best batters.

Walton has served over his time involved with sports, as the Treasuer, secretary and the last 10 years as President of Tairawhiti Softball Association. In his role as a coach, his calm assured demeanor, and knowledge of the game creates a force which players respond to.

When asked what motivates Walton, he responded: “The motivation for me is seeing people, especially youth, having the opportunity to experience things they may not otherwise get to do. With sport, its playing with your mates, enjoying yourself, meeting new people, going to national tournaments, winning or losing, winning a gold, a silver or even getting to the finals, let-a-lone just getting there and participating. If everything out front is going well then everything in the back must be operating well. I might be out the front man for the organisations I belong to but my work is in the back making sure things are ticking along”.

His memories are “all good memories, I don’t regret a moment of anything I have done in my voluntary experiences”. 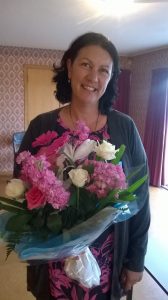 Julie Hansen has been involved with the Gisborne Netball Centre since 1993. She has filled a huge number of roles over her years with the Centre which started out with her acting as a Trophy Steward. Other ​​roles have included: Tower duty, Timekeeper, Referee, Coach, Manager, Board member, Official – in fact, Julie has filled so many roles, it would fill a page. ‘Aunty Jules’ is an integral part of the GNC competition coordination. She is great at coordinating the duties on a Saturday and takes pride in the cleanliness of the pavillion and courts. Julie is always approachable and an amazing communicator with members of all of our clubs.

Julie’s motivation for volunteering is: “Netball is my 1st love. I love the game, and I love the people I’ve met. So many wonderful people, many of those I consider my life-long friends”.

A special memory when asked was “1995 was a crazy year. I was a couple of years into my time on the Netball Committee. I coached 4 teams, and also managed the 1995 Gisborne U21 Rep team who went to National Champs in Christchurch, and won their division. It was such a thrill being with the team.” 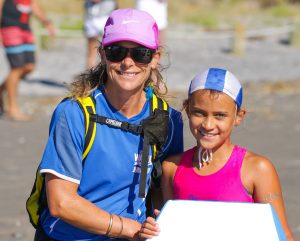 What motivates Sonia? “In our busy lives for me to be able to give back in a real and meaningful way is something very special. I am motivated to share my knowledge and experiences, to pass on what I have learnt to others to help them be better, more confident and able to fully enjoy the ocean. Being involved with Surf Life Saving, especially at a Junior Development level, is so hugely motivating – to share the joy when a skill is mastered or watch as fear is overcome is simply inspiring. I love interacting and building relationships with members of our community through the connection of teaching our young children essentially life saving skills.

A share memory of Sonia’s: “The moments that stands out the most and gives me great joy, is when that new participant at the beginning of summer who has so much fear of the ocean, doesn’t even want to step on the wet sand, but turns into the child who is the last one out of the sea by the end of the summer”.

Sonia Keepa has played a major part in the successful running of the Wainui Surf Lifesaving Club for 10+ years. This involvement has included many varied positions where she has been on the Committee, Coached Nippers, Beach Education Instructor, Surf Lifeguard, managed various areas of the club such as coordinating coaching programmes, etc, etc. Sonia constantly goes above and beyond her call of duty, and is a dedicated volunteer and member not only locally, but also regionally where she has attended various courses in leadership, and coaching, and sits on the Regional Gisborne Junior Surf Committee. 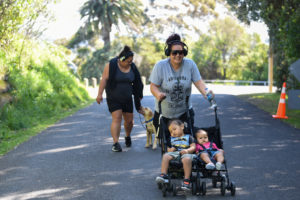 The countdown is on till the 2022 Titirangi Mt. Everest Challenge kicks off for its tenth year! Registrations open Monday 19 September, with the event 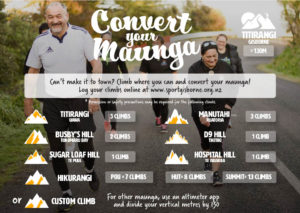 Stay motivated during your journey to conquer Mt Everest with this wall chart! Tick off milestones as you go through our live leaderboard or pop 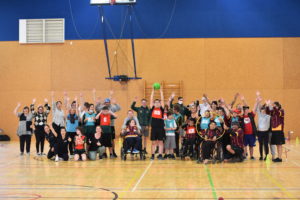 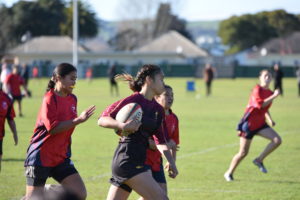 The State of Sideline Behaviour

“Wake up, what the hell are you doing?! Stop being so useless, get in there and smash them” isn’t something you would expect to hear 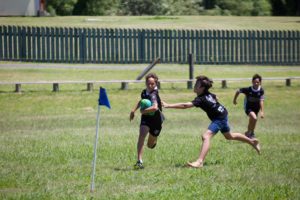 As part of a new wellbeing initiative at Sport Gisborne Tairāwhiti we will be closed for the first week of the school holidays, the most 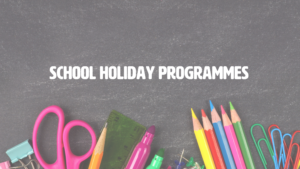 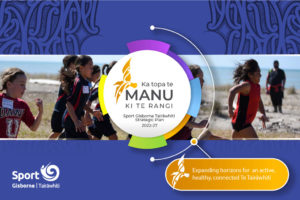