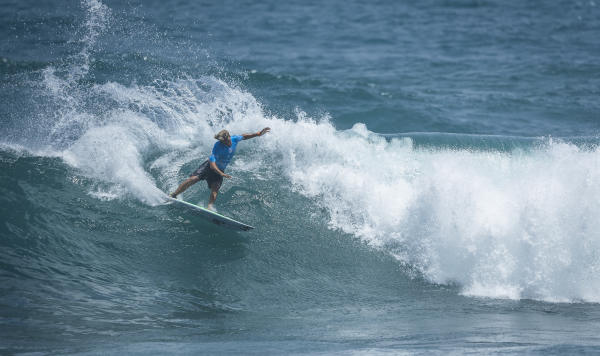 Ricardo Christie’s requalification campaign is off to a flying start, after winning the Martinique Pro last week in perfect, 3 to 4 foot waves.

The Mahia native qualified for the Championship Tour (CT) back in 2015. But during his season among the world’s best, he made it past the treacherous second round only three times. His best result was a quarterfinal finish in Brazil. He was not able to requalify, and returned to the Qualifying Series (QS) to work his way back.

Christie was under pressure early on, as his opponent had already put two decent scores on the board. But then the Kiwi started on a bomb and went all-out, risking everything on two super-critical turns for an 8.83 and ultimately, the big win.

“When the waves are like that you can forget everything and just go out there and surf,” he said. “I feel like I’ve improved a lot, I’ve just been working really hard and I learned a lot when I was on tour. It doesn’t feel like it’s over, it’s just the beginning of the year so I just have to keep doing my thing.”

In the Final, Christie was facing one of the best QS surfers there is, Bino Lopes. Lopes is the unlucky surfer who stood on the very edge of qualification last season, and saw the Championship Tour shut its door right in from of him, as he just missed the cutoff. 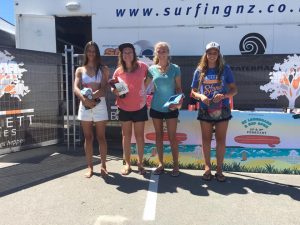 Great weekend away in Whangamata for Gisborne. We took 11 surfers from Gisborne and managed to get 3 surfers into the finals. The waves turned up and ranged from good to excellent from Friday through to Sunday with Sunday being the smallest and most difficult in the early afternoon when a sea breeze popped up then disappeared again for perfectly offshore finals.

Saffi Vette was easily our top performer in the event, taking a huge lead in the final and winning the Under 17 Girls division convincingly. Vette left all fellow finalists requiring a combination of scores to catch her. This was a far cry from her near elimination in the semifinals and credit must go to Vette for her ability, tenacity and competitive nature. It was Kai Wolf who unfortunately handed Vette her finals spot being hit with an interference call late in the semifinal heat. Saffi posted an 8 and a 9 point ride in the final.
Young Ava Smith was another of our finalists, surfing for her first time in a National rated competition. Smith looks set to follow in the footsteps of both her older sisters as she went about casually scalping Under 14 Girl surfers from all over New Zealand on her way to a fourth place finish in that division.
Finn Vette was our third finalist and finished 3rd overall in the Under 14 Boys event.
Vette showed flashes of absolute brilliance in the early rounds of competition but had to settle for 3rd in the final. Judging by his performance and competitive spirit it will be just a matter of time before he takes a win in one of these events.
As this is a Series of events a finals placing is perfect for these surfers,  if they can maintain consistency a series win will be on the cards.

END_OF_DOCUMENT_TOKEN_TO_BE_REPLACED 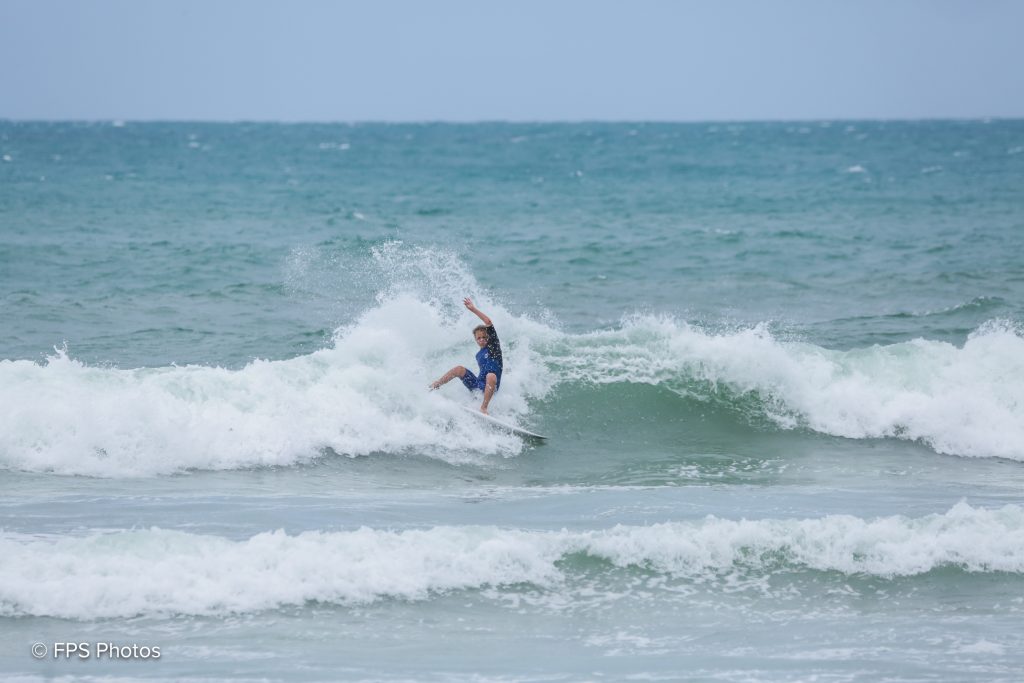 Fourteen year old Finn Johnson of Wainui yesterday won the open men’s division of this year’s first Gisborne Boardriders Event. Johnson who proudly surfed for Stock Route Mafia syndicate used speed in testing conditions, a combination of searing forehand carves and vertical backhand fin throws to take the win. Johnson is a talented surfer but seemed an underdog being the youngest surfer in the Open division and surfing against seasoned men, women and girls, some of whom hold, or have held national titles in the past. Johnson won every heat on his way to victory today. Josh Colbert (SRM) was looking the stand out surfer in earlier rounds but was unable to find the waves in the final to match Johnson

END_OF_DOCUMENT_TOKEN_TO_BE_REPLACED

One title wasn’t enough for Tairawhiti’s Saffi Vette last week at Piha, where she fought her way to the top of both the under-16 and under-18 women’s divisions. On finals day, competitors had to contend with a large, maxing swell reforming on the renowned Piha Bar which was a test of both fitness and nerve.

Saffi has been putting in the hard yards recently, not only clocking up a great number of hours in the surf but also in the form of cardio training with Gisborne-based former Olympian Michelle Rennie. In addition, Saffi has been training and patrolling with Wainui Surf Lifesaving Club, gaining the water knowledge and confidence required to negotiate challenging ocean conditions.

That hard worked allowed the 15 year old perform when pressure was on and conditions got tough. 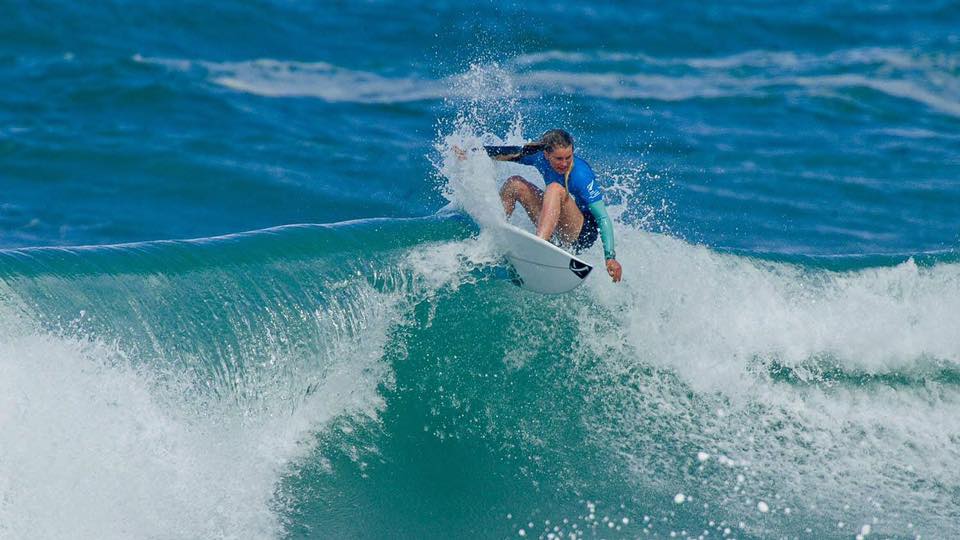 All women who have surfed throughout New Zealand in the 1950’s, 60’s, 70’s, 80’s, 90’s and beyond are invited to travel to New Plymouth this March for a reunion hosted by New Plymouth boardriders. The weekend will contain a mix of surfing and socialising, and is a great chance to catch up with old friends.