SPORT New Zealand along with five major sports (Cricket, Football, Hockey, Netball and Rugby) has announced they are collectively taking a stand to bring the fun back to sport for our tamariki.

There is an overemphasis with Primary and Intermediate aged children on winning and early specialisation which is what is turning many of our young people away from playing sport.

Stefan Pishief, Chief Executive of Sport Gisborne Tairāwhiti says he fully supports Sport NZ’s announcement. He says, “I think it can be a game-changer for sport in our community.”

“We all have a role to play as parents, caregivers and/or coaches to encourage our young people to experience a variety of sport, rather than concentrating on one too early on.”

“This isn’t about reducing opportunities as talented children will still be able to thrive, but rather this is a movement based on long-term research, best practice and evidence.”

Nic Hendrie, Poverty Bay Cricket Association Operations Manager says the announcement is exactly the sort of initiative they are trying to promote.

Gisborne Netball Centre (GNC) has led the way by ending their year 7 and 8 representative teams in 2018. Kate Faulks, GNC Board Chair says, “We as adults need to be constantly reminded that the number one reason girls and boys play netball in New Zealand is for fun – this includes the top highly skilled players too.”

The Poverty Bay Rugby Football Union has also made a number of changes to its development programmes over the past couple of years, including shortening the junior club rugby season, removing the Under 13 representative team and changing the McDonalds Under 13 tournament to include a skills and coach development module.

“We need to make sure we’re providing the best possible experience for children in our region. Finding the balance between having fun and winning can be difficult, but by putting the needs of young people first we can make sure they will have fun and develop their skills.”

Today, the Poverty Bay Cricket Association held a Field Day for primary school teams to have a go at cricket at the Harry Barker Reserve. 7 schools entered a team and the students engaged in a variety of fun, informal games 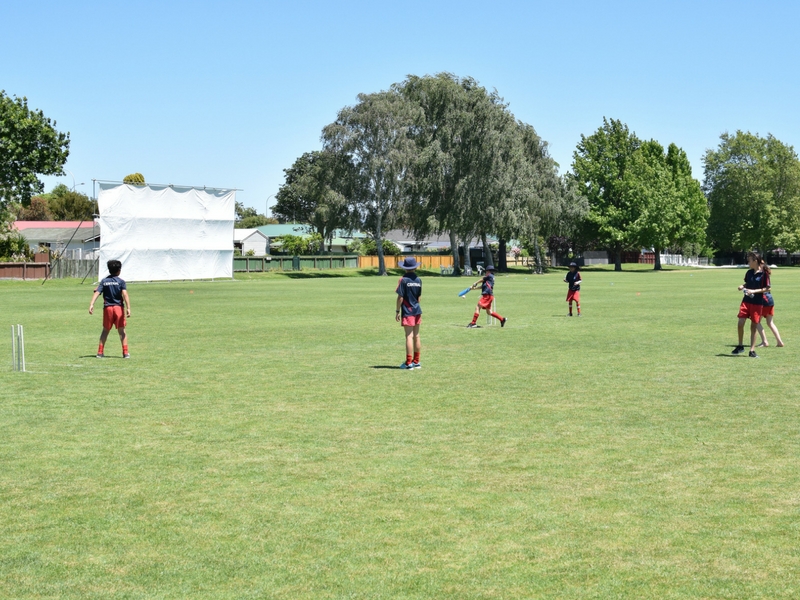